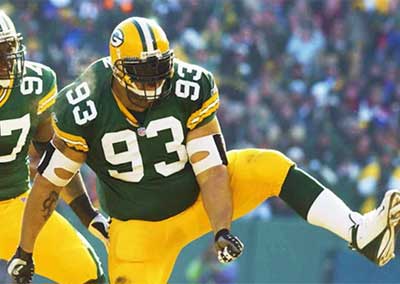 “Nowadays, bullying doesn’t stop after you go home. It continues on social media; something we didn’t have to worry about when we were kids.” – Gilbert Brown

Brown was so impacted by stories of kids committing suicide because of bullying that he started the Gilbert Brown Foundation, speaks at schools across the country, and created a comic book, The Adventures of Lil’ Gil.

Now Gilbert Brown is teaming up with Generations Against Bullying to help speak to more children and spread the message that bullying is not acceptable.

Gilbert Brown grew up in Detroit Michigan. He played football at Mackenzie High School with Pittsburgh Super Bowl Champion Jerome Bettis. Gilbert went to University of Kansas and they won the 1992 Aloha Bowl. He played for the Green Bay Packers (1993-99 and 2001-03).

Brown was a major contributor on strong defenses during the mid-1990s. His best season was 1996, when Green Bay won Super Bowl XXXI.

Gilbert was inducted into the Green Bay Packer Hall of Fame in 2007. As a fan favorite, many Packer fans will never forget Brown’s loyalty when he had the opportunity to earn more money with Jacksonville and stated he was staying a Green Bay Packer.

Known for his positive personality, individual style, and bringing the best out of everyone around him, Gilbert is a true Wisconsin Legend.