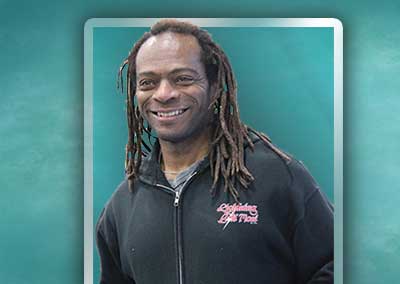 Prior to Peacelab, he ran the City of Milwaukee Health Department’s violence prevention program from 1992-1999. While at the health department, he developed the Safe Night program in 1994 that has been replicated in 49 states. This same program was featured on a live broadcast called “Safe Night
USA”, June 5th, 1999, which also featured the Cosby Show’s Doug-E-Doug as the emcee. He has also served as a City of Milwaukee police officer, a juvenile correction system teacher, and a bodyguard for rap stars.

In 1999 He was recruited to be a national facilitator for the Harvard School of Public Health Violence Prevention Program.

He is a co-founder and directs the Youth Leadership Institute camps since 2000 that foster skills in community building, grant writing, conflict resolution, anti-harassment and gender violence prevention.