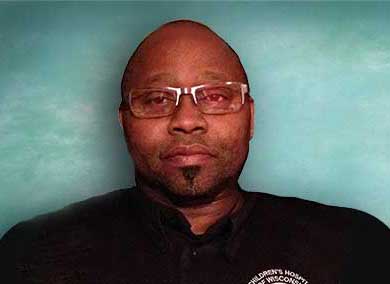 Perry L. Bell Sr. has been a native of Wisconsin for 57 years, married for 35 yrs and has five children (two sons and three daughters).

During his later years at Summerfest he opened his own Security Consulting Business in 1989. In 1998 he opened a family restaurant known as “Krispy’s”.

Perry is currently employed by Children’s Hospital Of Wisconsin, employed as a Security Officer since 2010.

He formally worked for Ethan Allen School for Boys until the closing of that facility in 2011.

Perry has always had a passion for children, and has been an avid lover of sports even as a child himself.
In 2012 he decided to create an outlet for the young people within Milwaukee with the hope of giving young people something to do that they themselves could be proud of. With hopes of curtailing the violence that is seemly running rapid in our city on a daily basis.

Perry started and founded Sports Academy creating programs for (Basketball, Football, Tennis, Cheerleading, Wrestling, and Soccer). His rational is to give these young people something to do, get them off of the streets put them into a gym and allow them to develop and grow within their God given gifts and talents that they will someday become proud of themselves, because someone cared enough to say enough
is enough.

Sport’s Academy in its two short years is now a household conversation. Perry is looking forward to what lays ahead for this organization with the understanding that it takes a community working together to save the lives and future of our children.