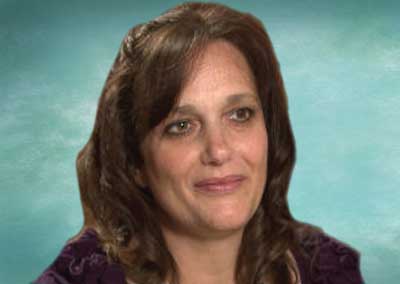 It was a wintry Wisconsin winter when Teri Jendusa Nicolai went to pick up her daughters at her ex-husbands house when she was suddenly struck in the head 10 times with a baseball bat, ankles and hands taped and thrown into a garbage can.

Teri was rescued but only to learn she lost her toes due to frostbite and also her unborn child. This came from the hands of a domestic abuser who happened to be her ex-husband. Teri has survived and was told by the doctors that she is a true miracle.

Teri has been on Oprah, A & E network, ID network, 20/20, newspapers, radio and other television shows. Teri has showcased for NACA multiple times. She also has been speaking out on college campuses, middle schools, high schools, police departments and DAd’s offices to give warning signs and what to do if you are in that situation.

Teri has saved many lives by speaking out about this secret of Domestic Violence.