William shared stories of being bullied when he was young. He shared how Reggie White became an upstander for him and took him under his wing as a Packer rookie during his first day of practice.

William told the students that the real power to stop bullying lies in their hands, because if a bystander to bullying becomes an upstander, the bullying stops within 10 seconds 85% of the time.

Teachers and administrators can help, but bullying doesn’t occur in front them, it occurs in front of students. So, the real power to stop bullying is in the hands of the students.

He challenged the students to learn how to become an upstander to help make their school a better place.

Thank you to Jefferson Elementary School, staff and students for their hospitality. 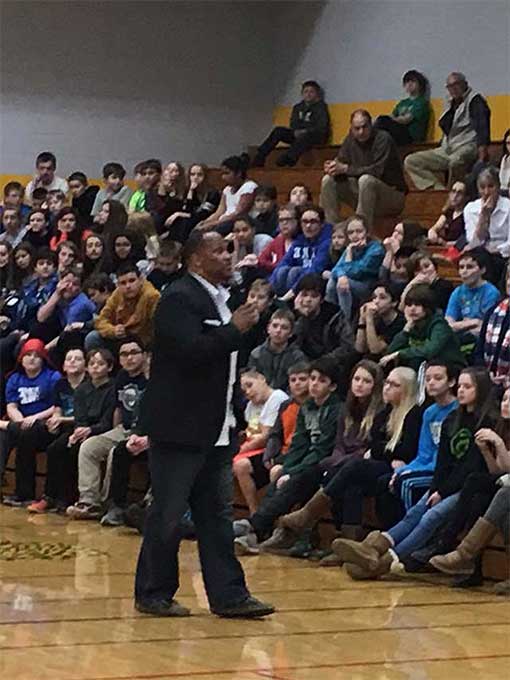 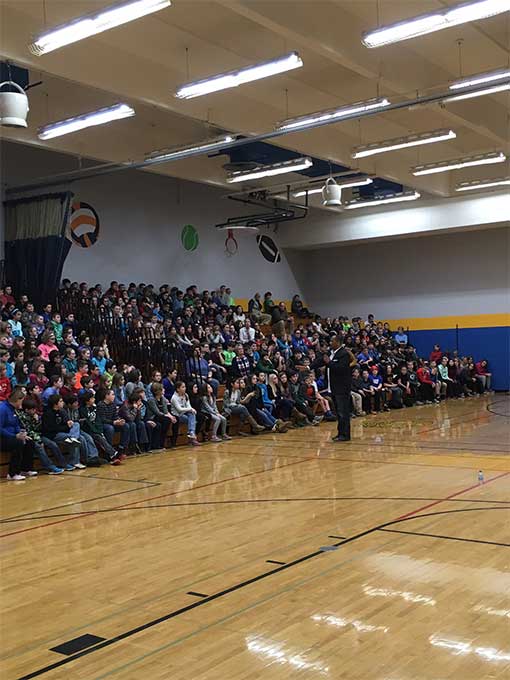