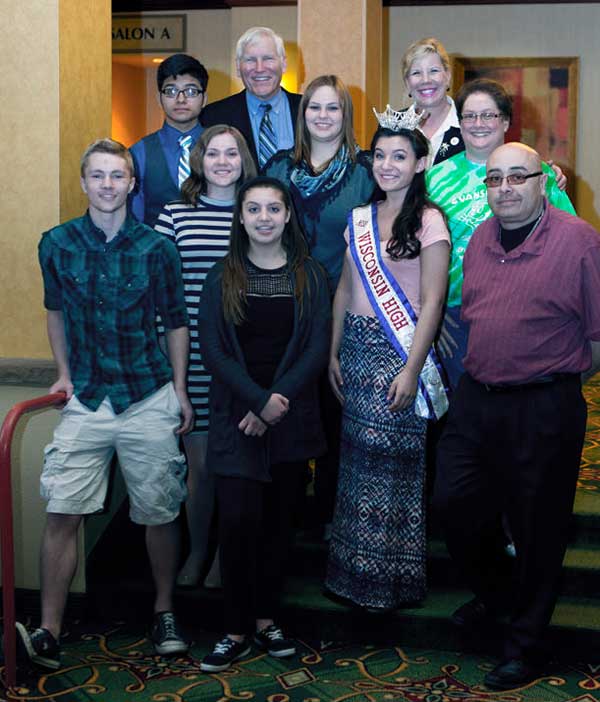 This past weekend we took a trip to Madison to give a presentation to groups of kids.

I attended this with fellow peer ambassadors: Sidney, Erick, Monica, and a new member Zach. It was so much fun! We were able to get to know Zach and how fun it was to have him at this event with us and that he should attend as many things with us peer ambassadors as he can.

We also were able to get some experience speaking. Many of us had never spoke to a group of strangers before and when Linda gave us the opportunity to give a full presentation to the children in the second speech slot we were scared.

We didn’t know what we were going to do. We started with a skit that involved upstanding and we brought kids up and they were able to practice upstanding while we were pretending to bully a kid named David on social media.

They did a great job considering they had just learned what upstanders were. We continued by talking about how they could be upstanders in their everyday life. We then stepped out and let other speakers give their speeches. During this time, we were out in the hallway brainstorming as to what to do next.

We eventually came up with a plan and were ready just in time for it to start. We started this next speech by having the kids close their eyes and raise their hand if they’d been bullied and then they opened their eyes and looked around and saw that they weren’t alone. Then I started to share a personal story while the other peer ambassadors went into the crowd and started making fun of me… bullying me.

They said things like “look how stupid she looks” and “tell her to stop talking” and “shut up!”. The hope being that eventually the kids in the audience would start using their new skills and stand up to them and be upstanders. Eventually someone did and then someone else and then another kid. It was amazing to witness this domino effect of upstanding.

Once one person became an upstander, so did another. We were ecstatic at how great it worked. It flowed just as we wanted it to. After this the peer ambassadors came back and joined me at the podium and we further spoke about how hard it was to become an upstander and how much courage it took to be the one person who stood up for someone in a crowd but once you did it it wasn’t as scary because you would get support from others. And even if you didn’t get support, it still would feel good because you’d know that you helped someone who was defenseless.

This first presentation we gave as a small group of peer ambassadors, I believe, has took us out of this shell we were bottled into and now we don’t have as much fear to go up and speak for our cause with GAB. A cause in which we support with our fullest abilities.