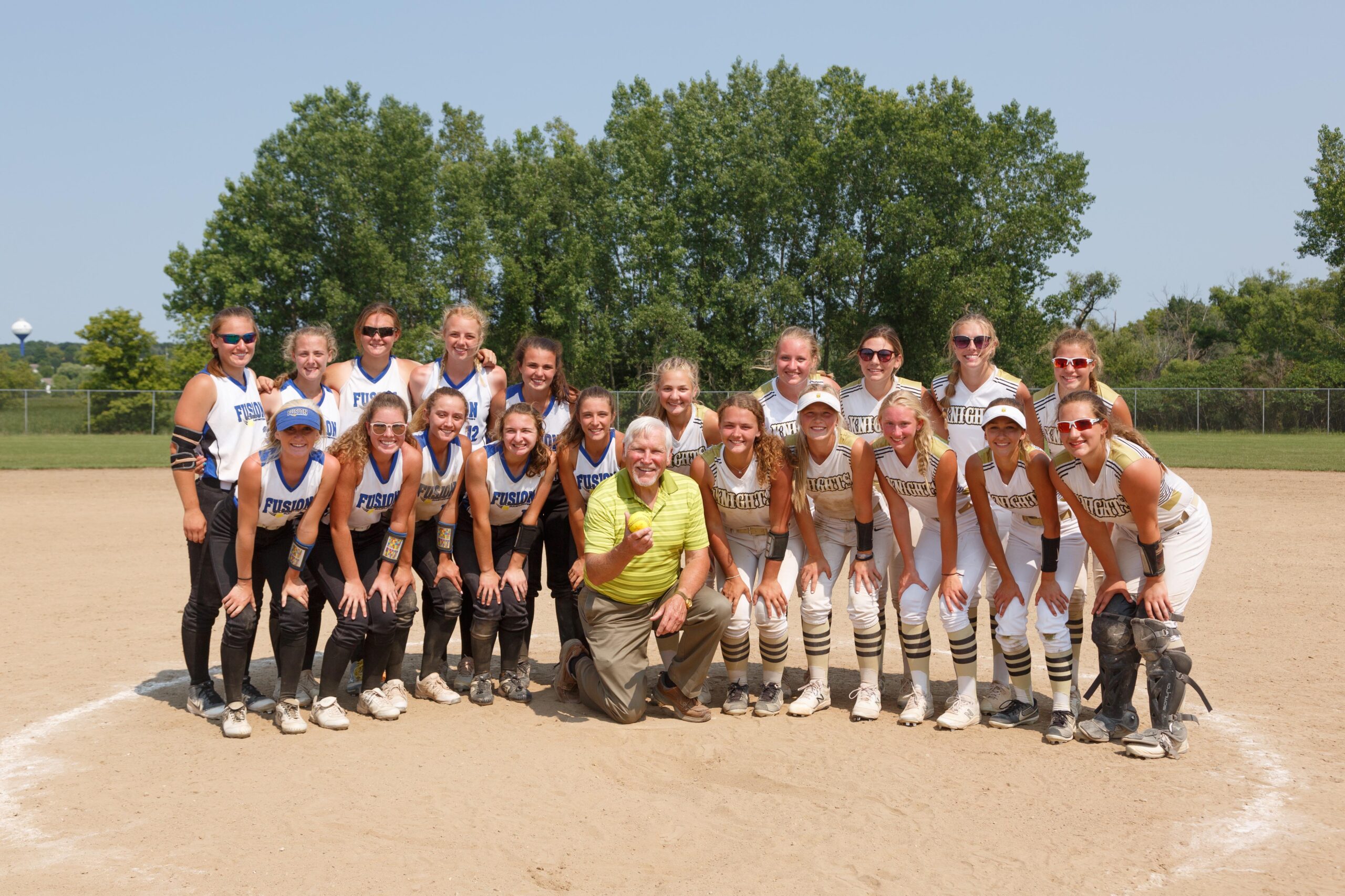 Independence Park in Hartford, WI was the scene for a great demonstration of girls softball. The Hartford Velocity Girls Softball team hosted the Hometown Throw-down Tournament. Generations Against Bullying has partnered with Velocity the last few years to feature the theme to “strikeout bullying”.  This tournament has grown and this year was the largest turnout of teams from U-10 to U18!  Next year, the tournament will grow again and add U-8 teams.

James Dean, Executive Assistant, Generations Against Bullying (GAB), attended with a booth to provide information about their Upstander Peer Ambassador Program.  This Program teaches students how to stop being a bystander to bullying and become an Upstander in a non-threatening way. If students choose to become an Upstander the bullying will usually stop within 10 seconds 85% of the time!

Girls softball is dear to James’ heart as his mother played professional softball with the Rockford Peaches in the first two years of the All American Girls Softball League.  ( Movie-A League of Their Own). Eileen (James’ Mom) was inducted into the Baseball Hall of Fame along with the other members of the League. The Hartford Velocity Tournament is special for James as he has the honor to address the two teams in each age group’s championship game.  James is very proud of the way the girls softball skills have improved each year.  He loves how enthusiastic these young women are to put their abilities on the line in a big tournament.

We look forward to our partnership with Velocity in the future tournaments.   We thank all the volunteers who helped make this tournament a big success, especially Jeremy and Chrissy Staudt.  The Hartford Velocity organization is truly a class act!