HOW A ONE-EYED. THREE LEGGED CAT HELPED ME OVERCOME THE LIFETIME SCARS OF BULLYING 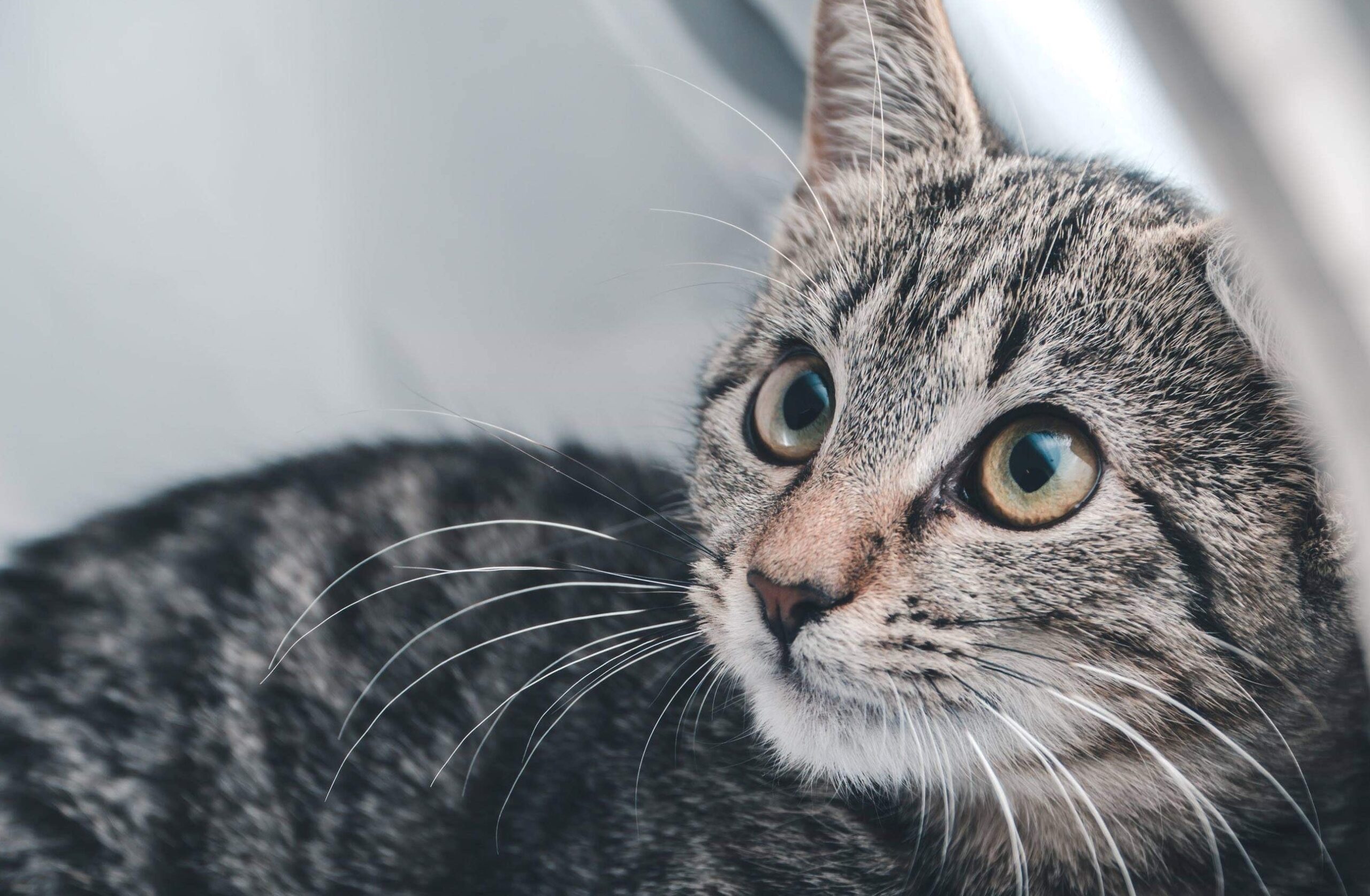 The bullying in school started a few years after my father passed away when I was 7. My father’s sudden death left my mother and me in a precarious financial situation. We never had a lot of money, but now we had a lot less, which meant that we had to cut back even more. Our new financial circumstances meant accepting hand-me-downs from relatives and wearing homemade clothes. The school bullies took advantage of the fact my clothes were out-of-date or poorly sewn and incessantly made fun of me. Not only did the bullies make fun of my clothes, but they called me fat and stupid on a daily basis.  I’d regularly be called a “bohunk” (referring to the fact my mother was born in Hungary and I was first generation American). I dreaded going to recess and gym class where I would have to confront them.

At the end of sixth grade, I still had not found any friends and by the end of the school year, I considered ending my life and only stopped short of doing so because I loved my mother and didn’t want to hurt her. That summer, however, everything changed for me.  On a beautiful and sunny June day, I walked to the side yard to throw garbage on our compost pile. There I discovered two mangy, young cats—one gray and white and one tabby—who were in the garbage with all four paws voraciously eating not only chicken and pork chop bones but also watermelon rinds and leftover vegetables. They were skinny, dirty, and homeless. They let me pet them, and of course, after they started purring, I picked them up and ran inside to find my mother to see if she would let me keep them. After considerable pleading, she relented, and I suddenly had two new friends.

Unfortunately, when the two cats grew older, they didn’t get along, so we had find another owner for the tabby cat I named Oliver. We kept Lisa (the gray and white cat), but Oliver continued to visit us upon occasion. Over the years, as I was struggling to fit in at school, Lisa became my best friend, as did Oliver when he returned to our house for his regular visits. These little furry creatures loved me unconditionally and provided me with a sense of purpose and joy. Slowly but surely, I made human friends and regained some of my self-confidence and self-esteem.

The loss of my father at an early age and the incessant bullying that I endured in school left deep scars on my psyche. As I soon discovered, the good years that I witnessed during my last years in high school and in college were not enough to overcome my low self-esteem. Even though I had begun to develop self-confidence, I didn’t understand the fragile nature of these newfound traits and subconsciously, I still thought of myself as unworthy and played the role of a victim. It is no surprise that I attracted an abusive spouse. My first husband convinced me once again that I was not only fat, ugly, and stupid but that I was a worthless individual who no one really respected or liked. Worst of all, he would not allow another living thing in the house – no cats, no dogs, no kids. He claimed he was allergic to cats (although he remarried someone with cats), and dogs and kids were too much to care for.

Then one day after I had taken a job with a comparable salary to his, he filed for divorce and left me.  Even during the bitter divorce and harassing calls, I was fortunate that he didn’t harm me.  Breaking free from my abuser had one other advantage – I could now have a pet. Although I loved both dogs and cats, I preferred cats because I traveled for my job. Before I had a chance to adopt a cat from a shelter, my staff gave me a gray and white kitten for my birthday. Now, instead of living with abuser, I had someone who loved me unconditionally. The kitten (whom I named Clio) looked exactly like Lisa, the cat I had as a child. Clio turned out to be the best gift ever. She not only provided me unconditional love but helped me realize my self-worth.

Clio would act silly at times. She would run around the house chasing glitter balls and occasionally run into a wall or a door. She’d walk along the footboard of my bed and accidentally fall off.  Once she tied herself to the bedpost while playing with a ball of yarn. In short, she provided me endless hours of entertainment.  And when I did something silly or was a bit clumsy, I realized that was okay and there was no need to beat myself up over it, and there was no one who was going to scream at me for those actions.

Clio and Dickens (the stray I adopted a year after I received Clio as a birthday gift) permanently restored my self-esteem and self-confidence. They brought joy to my life, and they taught me that I could love again. Clio survived two bouts with cancer (eye cancer and proliferate fibrosarcoma in her back leg) that left her with one eye and three legs. However, that never dampened her spirit or her love for me. Looks didn’t affect her attitude nor did the disability of having three legs.

I am deeply indebted to Clio for all she did for me after my abusive marriage and for my first cat who helped me cope with years of bullying. All animals provide us with companionship and unconditional love. They can teach us so much about life and how to overcome adversity (including the long-lasting effects of bullying). They are the ones who rescue us and become our superpowers.​

If you would like to find out more about this story then head on over to Kathy’s website where you find more information and how pets, specifically cats, can help one go through difficult situations. Such as bullying, stress, etc.