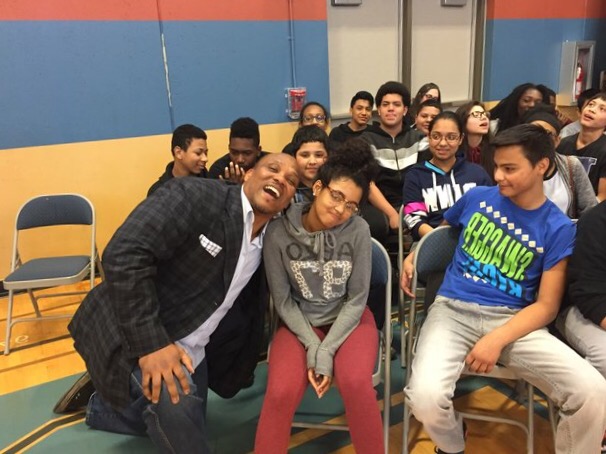 Char Schaefer, a teacher at Longfellow and a huge supporter of GAB, has two daughters that are GAB Peer Ambassadors at Greendale High School. Char gave a heartwarming introduction for GAB’s Executive Director Linda Lee :

“Some Folks teach…. some heal…. some serve our country to protect others, some inspire and yet others preach…

BUT…(pause) these people share something in common…. THEY all had a calling.

In a moment, I will be introducing Ms. Linda Lee. But before I do, I want to let you know that she had such a calling. A few years back. She heard and felt the voices of so many children and young adults in our communities that were the victims of bullying. She felt the pain that the bully held deep inside her too. So, she created a grassroots organization named Generations Against Bullying with the desire to heal, inspire, teach and change the way we treat one another in the hope of ending the vicious dance that the bully and the victim do. My daughters Sheridan & Tess are both closely working with Ms. Lee to weave the philosophy of “upstanding” into everyone they meet.

So, with that, I would like to introduce you to my friend and a courageous woman: Ms. Linda Lee”

Linda was followed by former Green Bay Packer William Henderson. William spoke of his experiences with the Packers and his fellow players Brett Favre and Aaron Rodgers, and how Reggie White took him under his wing as a Packer rookie.

William described how he was bullied as a young man.

“I wish I had someone that would have stood up for me when I was being bullied”.

William then explained that if a bystander to bullying becomes an upstander, the bullying stops within 10 seconds 85% of the time. He encouraged the Longfellow students to learn how to become an upstander,.

GAB’s mission is to give every school the opportunity to display our upstander symbol in front of the school, demonstrating, “We are an upstander school.”

Thank you to the Longfellow staff and students for their warm hospitality. 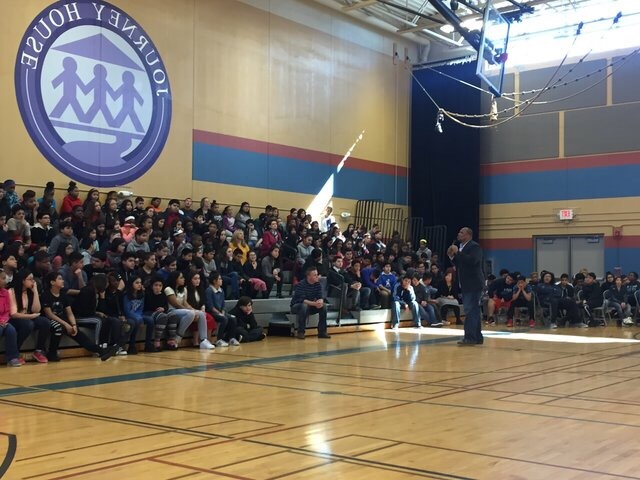 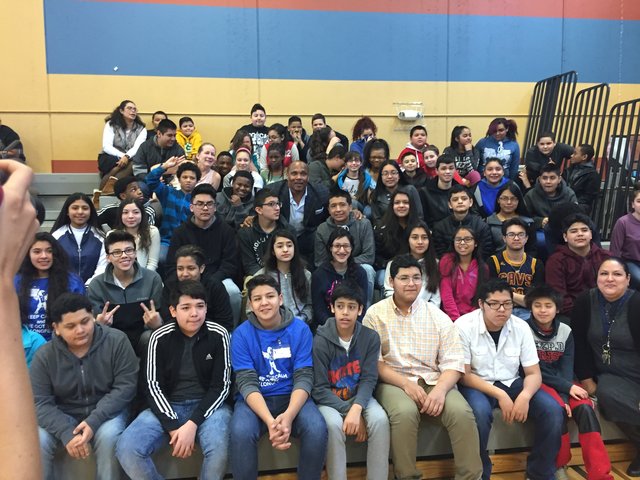 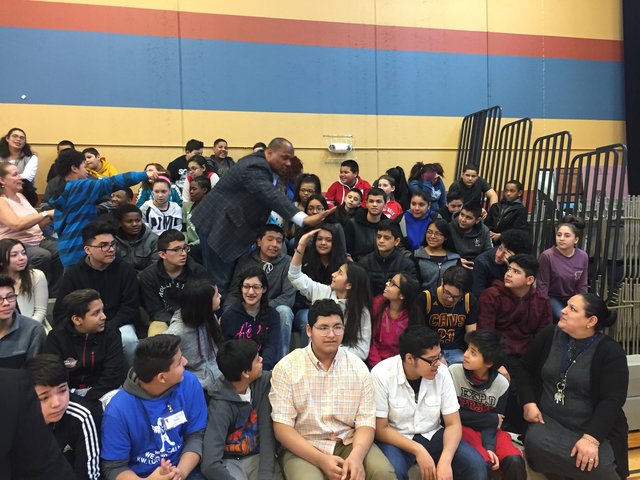