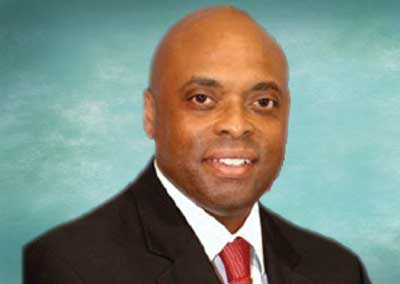 Leonard has been the FBI Public Affairs Specialist in Milwaukee since 2007. He achieved his BS in Business Administration from Cardinal Stritch University in Milwaukee, WI.

Leonard is an excellent speaker and refined this skill as and announcer at WKTI and the Journal Broadcast Group over 16 years. He has also served as the Senior Director for Community Relations with the Milwaukee Brewers Baseball Club from 2000 until he joined the FBI in 2007.

GAB and Leonard met at a community event where the FBI had a booth. A conversation took place and Leonard has been a supporter of GAB programs since.

The GAB Peer Ambassadors have had the honor to have Leonard speak at their meetings several times. He inspires the Peers to be the best human beings they can be and compliments their leadership work. He encourages the Peers to consider a career with the FBI.