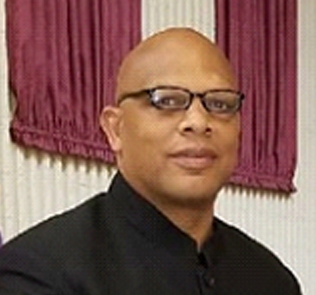 GAB is honored and excited to communicate the appointment of Dr. Terry Cummings former NBA basketball player to the GAB Board of Directors.

Dr. Robert T. Cummings was born on March 15th, and is one of thirteen (13) children (7 boys and six girls), born in Hammond Indiana, but primarily raised in Chicago Illinois.

Dr. Cummings is a graduate of Carver High School where he received a basketball scholarship to attend DePaul University and he studied Communications.

Dr. Cummings played basketball for three years at DePaul University.  He was drafted and played for the San Diego Clippers.  In his inaugural 1982-83 season, he won the NBA Rookie of the Year Award. Throughout his time in the NBA, Terry Cummings had success making multiple All-Star teams and is a two times NBA All-Star (1985, 1989).  Cummings played a total of eighteen (18) years in the NBA.

In transition from the hardwood to the boardroom, the NBA legend is accomplished as a multimedia mogul and this era of his post NBA career has excelled. Mr. Cummings is a renowned media expert who has developed over the past 30+ years a vast expertise in the field of media concept, development and global distribution.

In 1984, fulfilling a lifelong dream, Cummings formed Cummings Entertainment Group. Mr. Cummings is not just a NBA legend as a player turned businessman, he’s also an accomplished vocalist proving he is also a gifted musician.

Cummings, in addition is an accomplished keyboardist, a sensitive songwriter and soulful singer fulfilling his personal dream of being a musical solo artist. Cummings has four musical albums to his producer/singer-song writer credits; ‘Nothing’s What It Seems’, ‘TC Finally’, ‘L3’, and ‘Black Love’.

Mr. Cummings the artist also appeared in two films and has produced countless commercials for clients reaching well beyond music.

Mr. Cummings manages the day-to-day operations of the business as well as being the chief creative officer. Terry Cummings Publishing Company, is the publishing division of the literary works that fall under the Cummings Entertainment group.

Dr. Cummings’ greatest joy has come from his work in the communities in which he has lived. In Milwaukee, supporting the ‘Sojourner Truth Home’ for battered women and in Chicago he organized a group called, “V.I.C.” Victory in Christ.

Over the past twenty three (23) years, Cummings has organized, funded and administered countless youth basketball camps, banquets, including directly leading youths from housing projects into the city on sight-seeing tours, basketball games and other mentorship outings.

Also, while playing in San Antonio for the Spurs, worked with the ‘Sam Shelter’, a home for families in need of shelter. Including building a playground on their premises for the families to enjoy and distress. In San Antonio, Cummings participated and did extensive work with ‘St. PJ’s’, another great community organization.

Currently Dr. Cummings resides in Atlanta, Georgia, where he serves as the newly named Sr. executive for VrTUO Interactive Studios, LLC . Lastly, but not in the least, serving as the Senior Pastor/Founder of Hope Egeneto Ministries which helps feed monthly up to 60 families through an ongoing monthly outreach program.

As an NBA basketball player, Terry Cummings was an athletic champion and very few in the NBA could match his combination of presence, grace and strength as a power forward and GAB is enthusiastic he will bring the same energy to the GAB Board.